How the FEBI project started

The FEBI Project started in response to the story of Febi Hanna out of Egypt, and has grown to become a cohesive long-term plan to help improve the level of eye care, rehabilitation, education and integration throughout Egypt.

Febi Hanna was born 3 months premature with a birth weight of 1,000 g. She developed retinopathy of prematurity (ROP) and by the time she was seen by the local ophthalmologist in Egypt, she had advanced stage 5 ROP with no recordable electrophysiology and was considered “inoperable”. Around that time, the Hanna family were introduced to Dr. Nabil M. Jabbour, who is a retina specialist with advanced expertise in ROP.

Dr. Jabbour’s first encounter with Febi resulted in two significant responses. Dr. Jabbour recounts that when he saw Febi for the first time, he realized how advanced and hopeless her case was, even before the eye exam and testing were finished. That was the scientific response. However, Dr. Jabbour describes a much more profound and intense response-a response that became the guiding force for what happened next. Dr. Jabbour felt that if God wanted to give Febi a second chance, he was willing to be the broken tool in His hands. And, so, he gave the family the option to travel to the USA, where he had arranged for free medical and surgical care for Febi. Since then, Febi has had several surgeries and is now able to have some sight, thank God!

On a different level, while more details of Febi’s medical history were examined, it became obvious to Dr. Jabbour how preventable her condition could have been had the minimum standard of care for ROP been followed.

Febi was not screened in the nursery. Her compounding problem of PHPV was never diagnosed in Egypt. She was not diagnosed or treated when she developed stage 3 or stage 4 ROP. Even early stage 5 ROP is much easier to treat than advanced stage 5, with much more hope for some visual restoration.

Therefore, along with the commitment to do whatever was possible for Febi’s condition, Dr. Jabbour started planning for what could be done to prevent the tragic medical errors in Assiut (Febi’s hometown) from happening again.

As all aspects of this story have proven to be, this part also had more to it than what was apparent. The deficiency of neonatal and ophthalmologic resources proved to be more than poorly trained doctors and inadequate equipment in Assiut. After further investigation, it became obvious that the need is deeper than what was initially thought and certainly much more widespread throughout the whole country. For example, we discovered that patients with advanced proliferative diabetic retinopathy were not fairing any better than those with ROP. And while there are extremely intelligent and well-meaning doctors, only a handful are trained enough to take care of the most devastating ocular disorders. And while there are a few well-equipped eye centers (mostly in big cities and in big universities) many eye residents all around the country graduate without ever seeing (let alone touching) a slit lamp or an indirect ophthalmoscope.

So,The FEBI Project morphed from a modest short-term plan of intense training for a few ophthalmologists in Assiut to insure early treatment and proper referral of ROP; to a very ambitious country-wide, long-term plan to improve eye care in Egypt (including, but not restricted to, ROP).  It also grew to include solutions for another hidden tragedy, and that is the lack of care for those who have missed their chance at treatment and are dealing with life-long blindness in isolation from the main society and institutions (even schools).

Presented below a short slideshow that includes pictures of Febi Hanna. The slideshow also include pictures of others who were involved in helping her regain her sight, ultimately resulting in the formation of The FEBI Project. 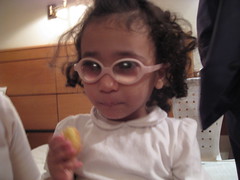 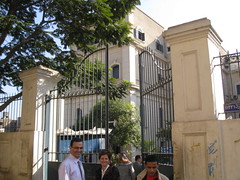 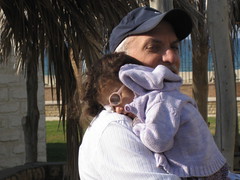 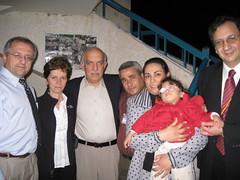 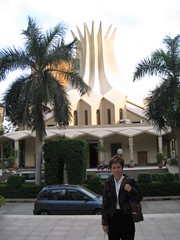 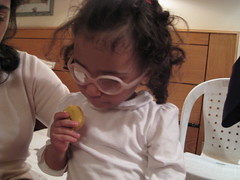 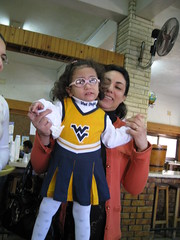 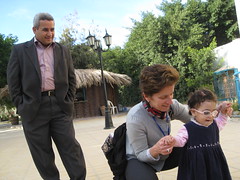 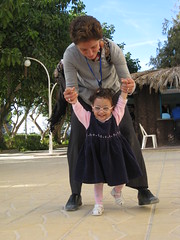 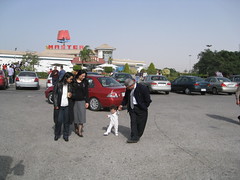 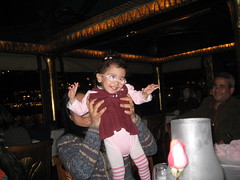 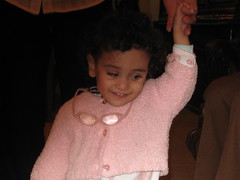 If you wish to donate to the FEBI project, please make checks payable to The Forsight Foundation, memo FEBI Project, and mail to: